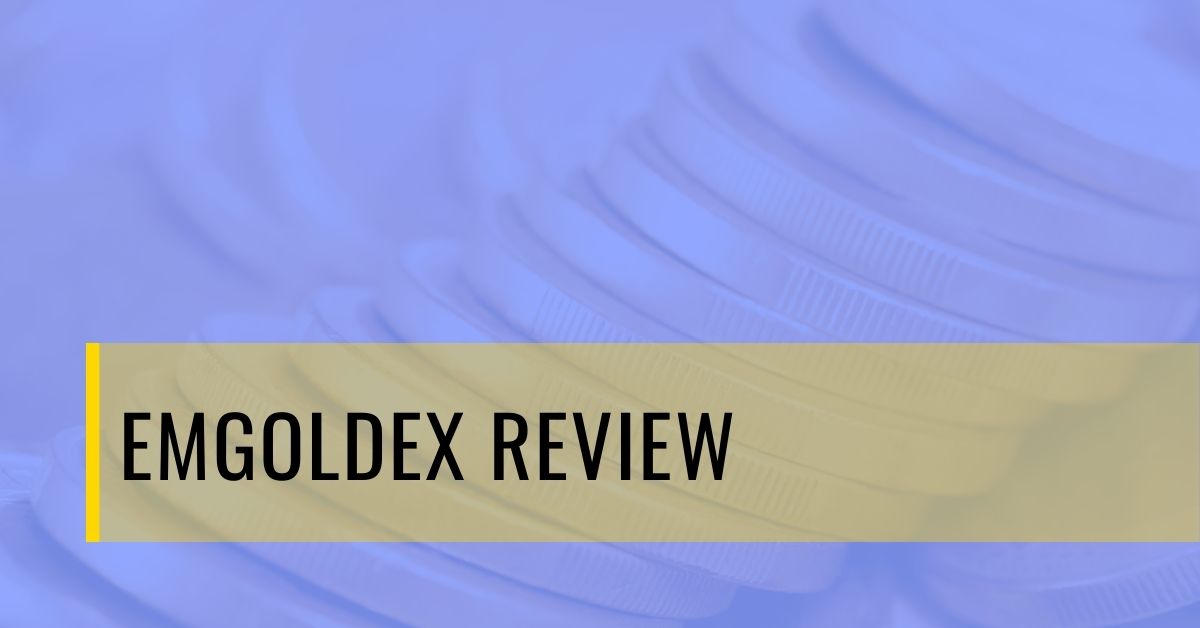 Disclaimer: Some or all of the companies listed here may provide us compensation. This is partly how we keep and maintain our free services for consumers. Compensation and in-depth research from our team determines the results of our reviews.

Well, let's start off with the least bizarre part of this review: EMGoldex doesn't actually exist anymore. In fact, it hasn't existed since 2015. The company rebranded as Global Intergold after it became the subject of SEC investigations across multiple continents. And that's just the start of the ride.

Obviously, you shouldn't invest your gold with this dealership. The SECs in multiple countries have banned the company from operating and have issued warnings that they engage in fraudulent business practices. And yet they continue to have a seemingly thriving online presence.

So how did all of this happen? What do you need to know?

Important: Before we move on with this review...

Picking a company to invest with is a HUGE financial decision. We have done years of research (updated often) and want to share our results with you before you make this important decision.

See if EMGoldex made our top 5 precious metals investment companies list this year...

Or you can checkout our top recommended company right away below:

Otherwise, feel free to continue with our in depth review of EMGoldex below!

Table of Contents
Timeline Before the Name Change
Changing the Name
Accusations of Fraud
Company in the News
Is EMGoldex a Scam?
Pros & Cons of EMGoldex
Final Thoughts

Timeline Before the Name Change

Prior to 2015, EMGoldex was operating in quite a few countries throughout the world. They used a multi-level marketing scheme to pull in investors. The idea was that by purchasing a membership, you could then access the precious metals marketplace. You were expected to sell precious metals, but more importantly, you were meant to recruit other investors.

Now, business plans like this aren't illegal in the US. But they are illegal in multiple other countries around the world due to their unsustainability.

On top of being an MLM, there were some accusations that the company might be a Ponzi scheme.

In August of 2014, the state of Massachusetts announced that it was investigating EMGoldex. There wasn't much information made public about the probe at the time, only that the Andover branch was being investigated.

As of October of the same year, there was an official complaint filed against the US division of EMGoldex. The founders of the USA branch were all subject to civil fraud charges because of the company's practices.

In February of 2015, the SEC in the Philippines issued a blanket warning against the company. The warning indicated that EMGoldex had not registered with the government and did not have the appropriate license to operate as an investment company.

In April of the same year, the Central Bank of Malaysia placed the company on a blacklist. A large amount of the company's traffic had been from Malaysia prior to this. The bank is a regulatory body of the government. It stated that EMGoldex was not compliant with the appropriate regulations and was not authorized to sell in the country.

The bank went so far as to say that no member of the public should work with the company. They also encouraged people to report potentially fraudulent activity to the authorities.

In June of 2015, the Multi Commodities Centre in Dubai warned that EMGoldex had never received the appropriate license to sell precious metals in the United Arab Emirates.

With all of these issued warnings and sanctions, the company had been investigated by or ousted by most of the countries it was present in. The following month, the name change happened.

EMGoldex changed its name after being the subject of multiple regulatory investigations in multiple companies. Apparently most of their clientele were being warned off of dealing with them, so they tried to pose as a different company.

You might be wondering whether they changed any of their policies as part of the transition. Nope!

The "new" company had the exact same setup as EMGoldex, even posing the same alleged Ponzi scheme to new investors with the same numbers.

Oh, but there was one difference: a laughable attempt to get around sanctions and licensing.

The company stated that they had no interest in anything to do with investments. They were not helping people make investments or offering investment assets. Instead, they were simply selling online products that happened to be precious metals.

Well, the name change and the change in wording didn't actually impress any of the global SECs. It was obvious that this was the exact same company operating the exact same way, just with a transparent attempt to avoid being blacklisted again.

As Global Intergold continued operating around the globe, accusations of fraud began to build up from the customer base. Since the company didn't publish any information about its management or ownership, there was no one to complain to or to hold accountable.

As a general rule, if a company is not transparent about their management, that might be a red flag. You want to have someone to contact if there are any concerns regarding your order.

The only real way to make money was for customers to refer other customers. That meets the classic criteria for a pyramid scheme. Not all MLMs are pyramid schemes. But once a company offers you more money for recruiting new people than for their actual services, you're treading into dangerous waters.

Clients said that once they bought their membership, they were subject to constantly changing expectations from the company. It seemed impossible to ever earn their money back or climb the rungs of the ladder.

Among the issues that clients alleged were:

In fact, several clients said that it seemed like the only purpose of the company was to create new means of taking their money.

Clients have reported that because they don't know how to get in contact with the company management, they can't leave the business. Other clients have stated that they're worried about leaving the business because doing so would cause them to lose everything they'd invested so far. That's a common pitfall of MLMs.

Company in the News

Despite being blacklisted by multiple governments, despite the warnings issued against them, despite the charges of fraud, and despite the ongoing apparent deception... Global Intergold has continued their recruitment process.

News articles have referenced the company in 2020, always in the context of scam operations. The UK Times even ran a piece exploring how they had managed to keep recruiting new members despite the governmental warnings. It was a warning to consumers to be cautious about the investments they make.

Whether EMGoldex is truly a scam or not depends somewhat. The company does seem to own and sell precious metals like it says it does. Some of the upper management in the pyramid have said that they've seen huge returns on their investments. But the company has been sanctioned time and time again for fraudulent and illegal business practices.

Here are the facts:

So, do you think it is a scam to operate illegally in multiple countries, mislead customers about investment opportunities, run away from SEC investigations, and disappear with customer funds without any means of contact?

If so, then congratulations! You've given this company a big YES.

Warnings about EMGoldex are splashed all over the internet. They may have tried to distance themselves by rebranding as Global Intergold, but they haven't changed any of their fraudulent or deceptive practices. They've just tried to give excuses instead.

Do not invest with this company. Do not purchase precious metals, do not buy a membership, and definitely do not encourage anyone else to join. There are positive customer reviews online, but they're likely from people desperate to convince others to join this multi-level marketing scheme so they can get their money back.

It's difficult to think of any other company that has been sued and sanctioned this many times, in this many places, and still continues to operate. How the company previously known as EMGoldex is afloat is unclear. It might be running purely on the dollars of the members who weren't lucky enough to hear the SEC warnings before they were convinced to buy.

Overall, we believe that there is a better option when it comes to your investment.

The above company is our top recommendation after doing extensive research. Feel free to keep doing your own research, or you can visit EMGoldex below!